My train ride back down to London was uneventful, but I hit the city right at rush hour. Crossing town on the "tube" (as London's subway is commonly called), train, and taxi with my luggage was no fun, but the leg by taxi yielded beautiful glimpses of this storied place, such as this glimpse of Buckingham Palace, home of the Queen. I noticed there wasn't any royal flag flying when I zipped by so that meant she was not at home. I noticed on the news that she was going to the Kentucky Derby and then on to Washington, D.C. to meet President Bush, so maybe she had already left. As beautiful a city as my beloved Paris is, I must confess that London has a charm all her own. 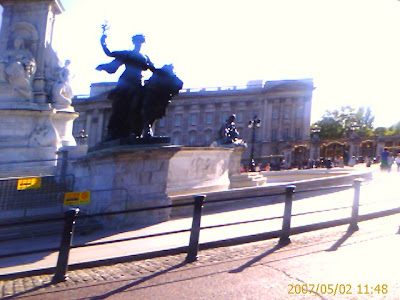 Half way across London I realized that I had made a very stupid mistake and assumed that I was flying out of the same airport I had arrived in (Gatwick). Thankfully, I took out my ticket and was able to change train lines midstream and make my way to Heathrow instead for I was booked on the last flight out to Paris that night...!


The flight was delayed a long time and we didn't arrive until nearly midnight, but my very dear friend, Pastor Samuel Rodrigues of the Eglise Protestante Evangélique de Montrueil was there to meet me. Along with his wife, Héléne, they lead a thriving congregation just a few hundred yards from the city limits of Paris. Pastor Samuel hosts a monthly pastor's meeting where I spoke to some sixty church leaders from across the city. 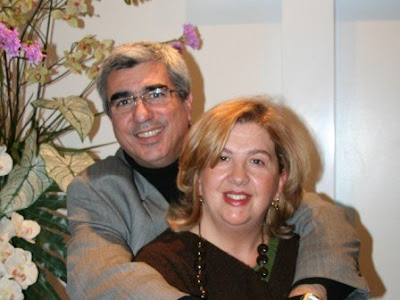 Jeff Serio, of European Initiative, joined me for this time at my invitation and was a tremendous blessing. Together with his wife, Barb, and their four fine children, they are soon moving to Berlin, Germany. At Hillcrest Church, we believe in this family and are honored to be able to partner with them financially. I encourage you to take a moment to check out their site and to click on the video posted below so you can learn more about their heart and vision for Europe 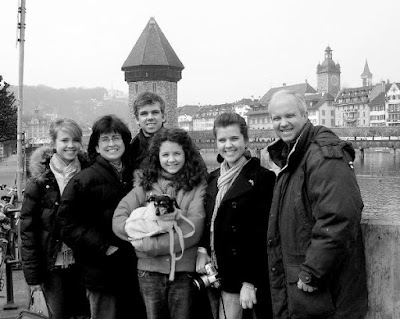