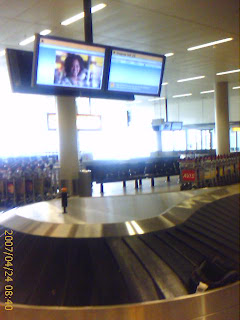 After a very brief hop across the English Channel, I arrived in in Amsterdam, Holland sans baggage for the second trip in a row...! Can you believe it? It's been several years since an airline lost my suitcase and now I take two trips within two weeks and my luggage gets lost twice in a row...! Smile! 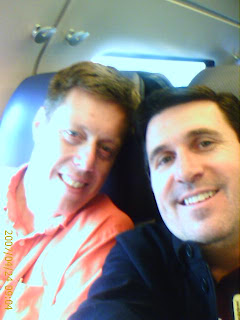 After picking up yet another stranded traveller courtesy kit at the lost luggage counter, I exited through customs at the Schipol's mega-airport with its sprawling shopping center (I bought a car duty free there once when Teresa and I lived in Europe) and found Missionary Steve Ashworth's smiling face there to greet me. We then hopped the train to Amsterdam's Centraal Station, just a few blocks from the YWAM base. 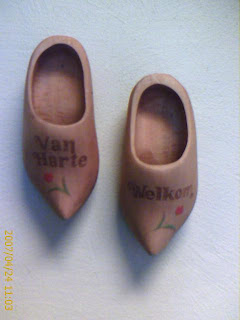 When I saw what was hanging outside the door to their apartment, I knew I was in the Netherlands for sure. The first time I ever saw a pair of shoes like that was when I was seven or eight years old and my Mom and Dad brought some back to me as a souvenir when they stopped overnight in Holland on their way home from a trip to the Holy Land in the sixties.

We toured the YWAM Amsterdam building where Steve and Rhonda and their three beautiful children live. It's called De Poort, which is Dutch for ‘The Gateway’. The 150 year old building provides classrooms and housing for the different ministry schools, office space for their Support Ministries, and housing for staff. They run several schools out of this particular YWAM base, including the Discipleship Training School, Leadership Training School, Makind Disciple Makers, School of Evangelism and Pioneering, School of Intercessory Prayer, School of Urban Frontier Missions, and the Nations to Nations TakeOff Discipleship Evening School. Here is a photo of Steve inside a classroom set up for their School of Intercessory Prayer, which is going on at the moment. 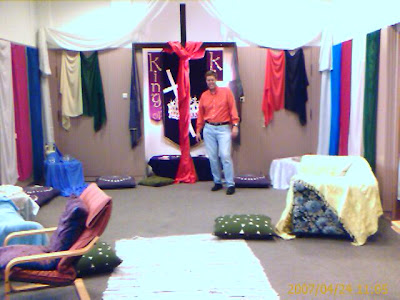 We then headed out on bicycle to visit the mission's other facilities. 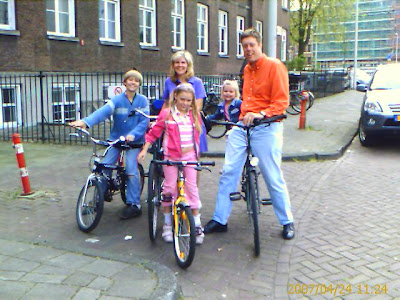 Amsterdam is such a beautiful city and exploring it by bicycle was a real treat after so many hours cooped up on an airplance. The weather here today was beautiful and the neighborhood they are in is laced with canals bordered by tiny streets, and historic architecture. 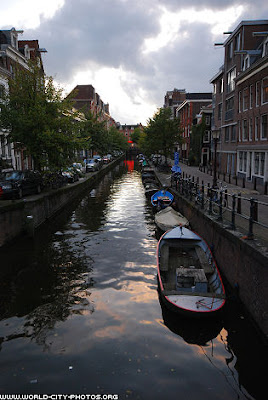 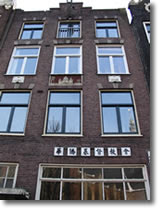 Our first stop was the new Tabernacle of the Nations prayer center, a house of 24/7 prayer and worship in the heart of Amsterdam’s Red Light District. In Your missions giving through Hillcrest Church is helping make this project possible...! 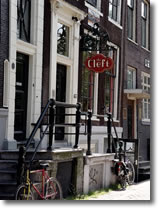 Then, we went next door to The Cleft. It focuses on mercy ministry and sharing the gospel with tourists, homeless people, businessmen, prostitutes, drug addicts and lonely people.

We wound up at The Samaritan's Inn building where the Dwaze Zaken arts café is located. Although the identity of the café is Christian, there are no preachers or sermons. Rather, it provides a platform for many different art forms and hosts a number of different kinds of activities on an ongoing basis: concerts, workshops, exhibitions, (film) discussions and lectures. The initiative for this kind of café grew out of the belief that God is the ultimate Artist. The initiators of the café wish to demonstrate that the Christian lifestyle is contemporary, very active and provides sufficient basis for today’s problems and life’s challenges. Young people find at Dwaze Zaken a lively café where they can find friendship, a listening ear and a helping hand. Thanks to your generosity, I was able to treat the entire Ashworth family to a delicious dinner. We had great fellowship, and I am now about to tumble into bed exhausted, but very thankful that we are partnering with such quality people...! 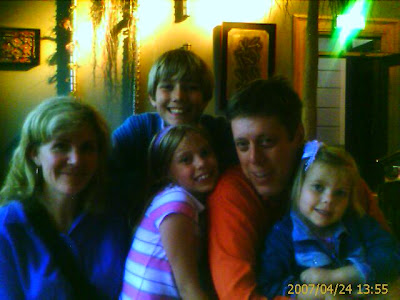