It was in January of 1973, a few weeks before my thirteenth birthday, that my family arrived in Peru to begin my parent's missionary ministry. Those were very, very difficult and painful years for me in many respects, as I traversed adolescence and culture shock all at the same time. It has been such a wonderful experience for me to be back here again, ministering the Word of God to His servants and seeing the way His work has grown.

Today, one of the brethren drove me across this sprawling city of over eight million people to this church where my father pastored, named Templo Jerusalem. 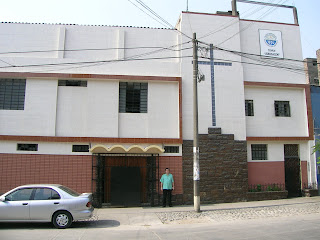 We also drove to my old neighborhood, San Borja. To my utter astonishment, although we left in the mid seventies, and what was then a brand new, sparsely developed neighborhood now has a densely urban feel, I was able to find my way to the house where I used to live on a short little stree named after an Italian painter Tintoretto...! 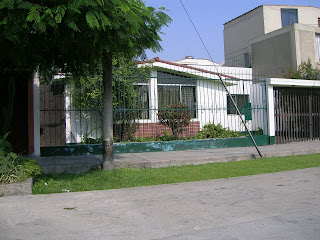 Visiting these places today caused me to understand again how great God is and how providential His workings are in our lives! Had it not been for those years in Peru, difficult for me though they were, in spite of some very postive experiences mingled in, I would have never gone to Europe. Had I never gone to Europe, I would have never come to Dallas. Had I never come to Dallas, I would never have had the privilege of serving such wonderful people as you!

The only way I can put into words all that I feel this afternoon as I prepare to go to the church for the last service of our time here is to quote the words of the Apostle Paul in his letter to the Christians at Rome:

"28 And we know that God causes everything to work together for the good of those who love God and are called according to his purpose for them." (Romans 8:28, NLT)